Fundraising AT people is all wrong. Here’s why.

A new restatement of the issues in the context of the launch of the Commission.  .   The basic problem with much of fundraising today is that we fundraise AT people. 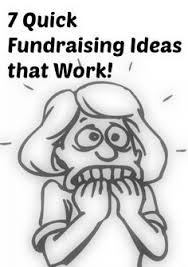 The basic problem with much of fundraising today is that we fundraise AT people.

The charity does important work. It needs money. So it employs fundraisers. They use ‘techniques’, even ‘products’, to raise money. Lord Grade regards donors as consumers.

This is the wrong approach.

The whole point of a charity is to identify need, identify people who want to do something about the need, and bring them together. The charity is the conduit. Basically, that is all.

So what is really the difference?

Take the telephone. An amazing tool that enables fundraisers to engage with donors in real time. Thank them. Engage them. Ask them questions. Find out about them. Let them ask questions, so they can find out about you. Make them aware of the difference they are making. Make them feel good. And, surely, sometimes, (not always), tell them they could make an even greater difference by increasing their monthly gift, or making an additional gift.

And feel good about it.

Many, maybe even most, fundraisers make great use of this, and I applaud them for it. Not all fundraisers see the telephone as an extractive process, far from it. But a significant minority see it differently and think about it differently too. The rest of us should unite to help them change to a donor-based approach.

Regular readers of my blogs know my touchstone. Every communication with a donor should leave them feeling better after the communication than before it. They will be made to feel good about what they give before the phone call. They will feel even better after it. They will have been given an opportunity to speak, and feel listened to. They will have been given an opportunity to listen, and feel more engaged. They will feel terrific that they have committed to do even more by upgrading their monthly gift. They will go to bed happy knowing that they are making a real difference to the world. This will be important to them: after their health and their family, and most probably their work, but significant in their lives for sure. They will continue their support. Willingly, not because of pressure.

Is this what happens? No, not by a million miles. Donors too often are the victims of telephone fundraising rather than having a chance to appreciate and benefit from it. I cannot believe it, but the standards state that you ‘MUST NOT ask for a donation more than three times during that call.’ Not two. Or four.

How far is this thinking removed from what I described above? It’s a totally, fundamentally, different approach to fundraising. I have picked on the telephone, but only as example. 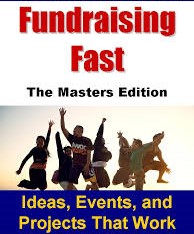 Sometimes, at a conference, they will hear Ken Burnett or someone espousing a quite different approach. People will applaud loudly, say ‘ah, yes’, and then revert to type.

This behaviour is endorsed, and indeed fuelled, by those at the top of the charity. 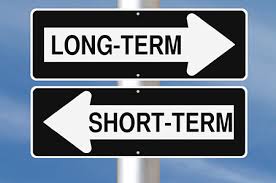 Everything revolves around short-term financial targets. Long-term health is measured by the performance of the reserves.

This makes the role of the fundraising director clear. So she can manage, and appraise, her fundraising teams.

Have you raised your income target within your expenditure budget? If so, you get a salary increase.

It’s simple. Everyone is on the same song-sheet. It’s clear. It’s measurable, so it must be good.

It is based on the premise that the role of the fundraiser is, of course, to raise funds. So annual budgets are set for expenditure and income. Department by department. Maybe fundraiser by fundraiser. Sometimes monitored monthly. Variances must be explained. Corrective action must be identified and articulated. CEOs, SMTs and trustees need to be convinced this action is enough.

If you’re down on your budget, what options do you have? Recruit more donors? They wouldn’t add net income in the year. Organise a telethon? Pie-in-the-sky. So there is nothing left but to ask your donors for more money, or your volunteers to raise it. They are the means to your end. To convince your trustees that you have a plan, so they won’t have to think about cutting services, or even drawing on the precious reserves.

Some charities employ whole teams in the analysis of results and the segmentation of donors. To the Nth degree. Does ‘mail’ perform better than ‘telephone’? Files of spreadsheets. (Nothing wrong with that, per se, if it means fundraising is more efficient. But it should inform, not drive, fundraising.)

A prospective major donor may take two years’ of relationship building, in order to optimise her gift. Yet major donor fundraisers are also assessed against annual targets.

Donors and volunteers as a means to the end? I have seen the TORs of a major national charity’s national volunteer board, in its opening paragraph, state that their role is: ”to support the charity’s executive with aspects of the operational delivery of the fundraising plan.” Absolutely nothing about helping the beneficiaries.

Everything I have written above reinforces the view of fundraising as an activity, transactional, which is done to donors, to help fundraising departments to raise the money needed to keep the charity delivering its activities. Put like that, it almost seems reasonable.

Fundraising doesn’t have to start with using pressure on donors to achieve short term targets. It can start with understanding donors.

Donor motivations. Philanthropy, affinity, social recognition and mutual benefit. Requiring nuanced judgment. An understanding of psychology. Listening. Getting them wrong. Misreading their clues. Also getting them right. Building on what they say. Judging whether to put on more pressure, or less.

Creating a mailing. Not following a process. ‘15 ‘asks’ on the first page’, because it works. But start in a different place. How is the donor feeling? What is the last request she gave to? Have we reported back on the impact of that gift? Will she feel she has made a difference? Will she be willing to give again? What would inspire her? How could we articulate a new need that she could be part of the solution to? (If it is appropriate, which will be often, but not always. Every communication from a charity should not be greeted with ‘another appeal’.)

And this individual thinking needs to be applied to huge swathes of donors.

The Commission on the Donor Experience

Many of the Commission’s outputs will seem obvious. Common sense. So obvious, people will say, ‘Of course we’re already doing that.’

The Commission is based on a premise. If you give a donor a great experience of supporting their charity, she will give more, in the short, medium and long term and be more likely to leave a legacy.

It sounds obvious. And the Commission will give literally hundreds of very specific things to do to make it real.

The Commission’s outputs, once they have been beta tested, will be as good as all our commissioners, project owners, contributors, reviewers, workshop attendees and enthusiasts can make them.

But we must not underestimate the challenge of making them real.

And that is very hard.

Let me give you an example.

For the NSPCC’s Full Stop Appeal, (a while ago now, but never beaten), the whole philosophy was to hand the target of £250,000,000 over to volunteers. The job of staff was to help and support the volunteers reach their targets.
Simple? No.

It meant the staff letting go of their targets. Surely they’d be delighted? No longer shackled by an annual income target? No. Many couldn’t comprehend. In corporate partnerships, the excellent Elaine Dodds understood, but asked for the help of Nick Booth and myself to a full day away-day to help the corporate fundraising team to understand the 90° shift. No individual targets, but an emphasis on team working, within corporate fundraising and across all fundraising departments, to support the volunteers and give them a great experience. All this replicated across 400 staff. It eventually worked. We, (the volunteers), raised £274,000,000.

The targets for the Commission’s outputs
I am often asked: “Who is the key audience for your outputs?” I say there isn’t one. They say: “So everyone?” I again say no. It is a number of very specific audiences.

Trustees and their chairs. For example, what do they measure? Cash out and cash in? Performance against budget? Monthly cash flow? What about measures of the donor experience? Donor satisfaction? What else? A whole project is looking at measurement.

CEOs are vital. If a CEO puts undue pressure on his or her fundraising director to meet annual expenditure/income budgets, and this causes the fundraising director to put undue pressure on the charity’s donors and that pressure gives the donor a bad experience and stops the donor giving in the future, then the CEO’s action will have been short-termism. Again, hard to prove, but again, I would suggest, obvious. We may know direct debit cancellation rates, as fundraisers, but how many of us report them to CEOs and trustees? And their movement, up or down? And, if up, be asked for an explanation? As rigorously as we would be questioned on an underperformance against the annual income budget?

Finance directors are important. They like numbers. We must give them additional ones, just as important as cash in the year, which is such a crude and inadequate measure of the long term financial health of the organisation.

All SMTs and their members are key. Service directors manage staff who must see a part of their role to inspire donors.

So this must be bottom up as well as top down. There are many examples of where the switchboard operator or the receptionist have influenced considerable gifts.

If the implementation of the Commission’s outputs are to become real, it can’t just be about fundraisers and their managers. If it were, the culture change simply wouldn’t happen.

What gives me hope? One able fundraising director, armed with the Commission’s outputs, could drive change at SMT. One CEO, who thinks about income longer term, could make his or her mark on the whole charity. One trustee, persistently asking the same questions, could initiate a transformation. One finance director, seeing measurement in a more diverse way, could actually become an enthusiastic advocate.

This is all going to take time.